4.45
89.0
769 votes
1 2 3 4 5
Bali island is one of the top-ranked tourist attractions in Indonesia and even in the world. Known also as the Island of the Gods, Bali has a unique variety of cultural arts and customs, a friendly community, incredible panoramic views, beautiful beaches, and others. Bali has many interesting places to visit. In addition to mountains, beaches, waterfalls, historic temples, Bali has begun to develop attractions that aim for nature conservation. Established in 2007, Bali Safari & Marine Park was developed as one of the largest and most comprehensive recreational parks in Indonesia. When you have a vacation plan in Bali, we advise you to include Bali Safari & Marine Park in your travel plans. By boarding a safari bus, you can enjoy the atmosphere of the zoo and take a closer look at the wildlife variety, watch the exciting entertainment of tiger or elephant performances, to caress a sweet orangutan baby. Located in Gianyar, Bali Safari & Marine Park is built and developed on an area of 40 hectares and has at least 60 species of wild animals! This park is also one of several animal sanctuaries that nourish and breed Komodo and Bali Starling birds. Bali Safari & Marine Park is also home to endangered animals such as Sumatran elephants, Sumatran tigers, and Indian white tigers. You will feel like being on a real African safari because this park also has many wild animals from Africa, including hippos, ostriches, bears, and zebras! The rich collection of Bali Safari & Marine Park consists of eighty species and about 400 specimens from three regions - Indonesia, India, and Africa including Himalayan bears, antelope, spotted deer, African hippopotamus, ostrich, zebra, and lion. Among the many species of animals, there is a very interesting and famous animal that is white Indian tiger. Visitors to the safari buses are invited to walk through several areas within the park. The safari trip brings guests through man-made habitats in Indonesia, India, and Africa on a specially modified safari tram, allowing tourists to see wildlife collections that live naturally in the open and you can take as many photos as you can they want, all done from within a comfortable and safe air-conditioned safari tram and accompanied by a professional personal guide.
For those of you who want to visit Bali Safari & Marine Park, we have prepared some packages below. 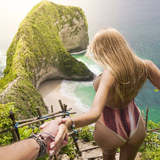 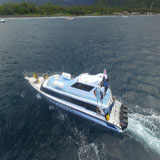 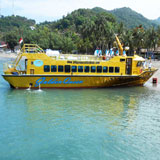 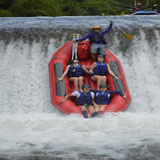 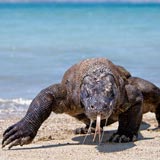 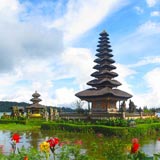 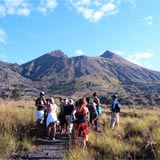 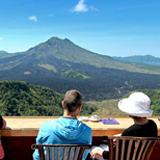 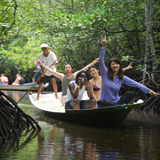